For your enjoyment, here are a few suggested anthropologically-oriented media bits I have encountered lately: 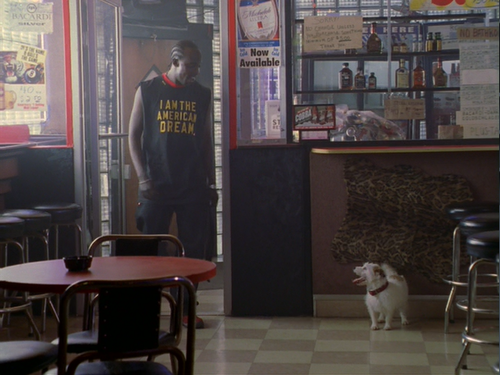 I was already very familiar with the popularity of this show amongst the academic world generally, but only this summer have I gotten around to making the commitment this show requires. The episodes are 40+ minutes long, and each episode- and even each new season- is involved in a very subtle and complex story line that is largely impenetrable from a single viewing. That said, this is one of the very features that makes the show so compelling. The show’s narrative structure realistically mimics the way stories really unfold in life- with each particular event only becoming meaningful within the context of days and even years surrounding it, sometimes not becoming meaningful at all until the right person comes along and starts to put the pieces together. This is in part also what makes the police-work on the part of McNulty and crew so high-quality- they take clues and hints and rather than push for a quick conclusion (aka, an arrest), they start to look at the real story behind the actual criminal activity.

For those who have already delved into the world of the Wire, I also want to point out the blog “Anthropology by the wire“, which is a project begun by a sociology and an anthropology professor a Towson University in Boston, and funded by a National Science Foundation Research Experience for Undergraduates grant. The blog features field notes, reflections, and video and images captured by students around Baltimore about the city and its residence. Much of the material is very raw and as of yet not made into a whole story- but perhaps this is a good counter-point to the constructed and ultimately fictional narrative of The Wire itself.

Finally- I also want to point out something I ran across in looking up the images for this post. Actress Sonja Sohn, who plays the character of Detective Greggs on the show, was inspired by her time working on set in Baltimore- in places that reminded her of her childhood in Virginia and her encounters with crime and the police- to start a non-profit organization “ReWired for Change” in 2008. It seems that The Wire is the kind of show capable not just of sparking discussion, research and personal reflection about our country/crime/our communities, but of actually causing people to take action and intervene…check out this recent interview with Sonja on NPR’s Fresh Air about her experiences as an actress and the founder of ReWired.

During my summer travels I have been listening to a lot of podcasts, and have almost finished the archived episodes of “This American Life”,  On the Media, and even TEDTalks Audio. In my search for more stimulating anthropologically-oriented listening material, I came across this very neat website, “Talking Anthropology”, which consists of interviews (in German and English) with anthropologists about their areas of research. Although not explicitly part of their mission, these interviews seem to be largely grouped around themes of “contemporary” anthropology, and in particular “digital” anthropology. Very interesting work is presented in this generally little-explored area of anthropology.

I’ve just finished this excellent and fairly renowned science-fiction novel by author Neal Stephenson. I would recommend this book strongly to anyone interested in anthropology and particularly linguistics; unlike much science fiction which is about future technologies like robots, space/time-travel etc, this book is primarily about information and cultural technology. I think that the summary sentence on the back of the book says it best (albeit a bit cheesily): “Snow Crash is a mind-altering romp through a future America so bizarre, so outrageous… you’ll recognize it immediately.”

Without giving too much away, the book explores the relations between the ideas and phenomenal repercussions of language, code, representation, virality and memes, franchise-culture, and the mechanisms of culture more generally. Although they push the ideas a bit far (it is, after all, science fiction), it provides really great material to consider culture and language, and in particular the modern permutations thereof. Despite this heady intellectual material, the book is also quite a page-turner- I finished it in just under 48 hours.

For those who may have already read it and enjoyed, I would also strongly recommend the book “Galatea 2.2” , which is in a similar linguistic/anthropological vein of science fiction.

Enjoy,  and I hope you are all are having a fun-filled yet educational summer!

View all posts by puellaludens